44 videos + 32 books last year. Not a splendid result but it was fun. It's likely that a few films and books slipped come November & December, when I wasn't being diligent with listing them down, but I doubt that it'll make much of a difference, target-wise. On to 2010!

SEPTEMBER
38. Despicable Me (Movie • US)

JANUARY
1. I am the Messenger by Marcus Zusak
2. Aurelia by Anne Osterlund
3. Suite Scarlett by Maureen Johnson
4. The Lightning Thief (Percy Jackson & the Olympians v1) by Rick Riordan

MAY
17. Ever by Gail Carson Levine
18. Violet Eyes by Debbie Viguié
19. Magic can be Murder by Vivian Vande Velde
20. A Great and Terrible Beauty by Libba Bray
21. How to Train your Dragon v4: How to Cheat a Dragon's Curse by Cressida Cowell
22. Rebel Angels by Libba Bray
23. The Sweet Far Thing by Libba Bray
24. Percy Jackson: The Demigod Files by Rick Riordan

JULY
27. Insatiable by Meg Cabot
28. Me, the Missing, and the Dead by Jenny Valentine

AUGUST
29. The Crimson Thread by Suzanne Weyn
30. Table for Two by Marla Miniano
31. Anne of Green Gables by L.M. Montgomery

Yay! Wonderful news, Kitchen Cow has made it to the finals of Nuffnang's first Asia-Pacific Blog Awards! Nuffnang is a regional blog advertising company, handling bloggers and advertisers in Singapore, Malaysia, Australia and the Philippines. They're holding the awarding ceremony in Singapore so I'm quite excited about getting a chance to go back. But the icing on top of the cake will be taking home the actual award! It's a formal event so I'll be forced into evening wear---I want to make it worth it, at least. So friends, may I have your help? 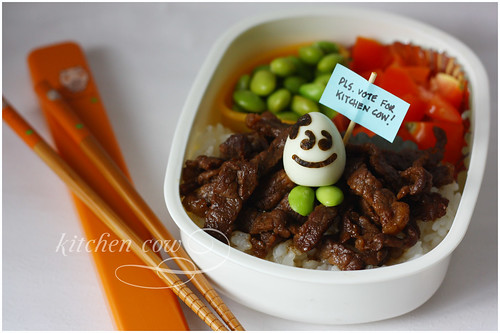 Please vote Kitchen Cow under the Best Food Blog category. You may vote once every 2 hours so if you have a few minutes to spare, I'll really appreciate it. You'll have to choose a blog under every category before you get to submit your votes but on the bright side, at least you don't have to sign up or anything. Please?

Thank you so very much!

p.s.
I know Pinoys have a tendency to want to know if anybody else from the Philippines made it, so just to answer your question, yes! Eight Filipinos made it, six are local residents while two are expats to Singapore and Australia.

They're Wifely Steps for Parenting, En Route for Travel, Jehzlau-Concepts for Most Influential, Bryan Boy for Fashion, Jim Paredes for Celebrity, Octwelve for Blog Design and Mr Gadget for Geek Blog.

Update on the Book Blockade of 2009. It hasn't really been lifted. The government is still out fuck us over.

i. 26 books?
Getting there! I just read book 19, Sophie Kinsella's Twenties Girl. It started slow for me. In fact, I felt a bit disappointed because it read like a chick bonding novel rather than the rom-com chick lit Sophie Kinsella's known for. It didn't change, despite the entry of romantic interests, it's still a girly-bonding story at heart. Thankfully, it picked up and I found myself appreciating the story as it unfolded. At some point, I couldn't put it down. Heck, I was crying buckets later on.

Anyway, just 7 books to go. Manageable, I think. In fact, I think I'll easily go over 26. It's really good that I lowered my goals, especially since I decided to stop counting graphic novels and manga. More manageable methinks, plus, I don't have to feel guilty whenever I reread old books that don't count toward my goal.

ii. on the dollie front
I actually signed up for another round of torture, sleepless nights and desperately racking my brain. Yep, TQ season again. Working on challenge 3 right now. Quite happy with how first two challenges turned out. Even if the second one shocked me because someone else did the exact same film. *headdesk*

iii. waiting for my crops to grow
Addicted to another facebook game, by playfish again, called Country Story. It's Harvest Moon, social networking version. I've tried other farming games on FB, Farm Town in particular, but I ended up quitting since I didn't like the graphics much. But Country Story delivers on the cute factor. Definitely Playfish. So I'm addicted again. *headdesk*

I'm stupid when it comes to history. I don't even know how I managed to pass my World History course in high school since I'm a total dunce in the field. So yes, I had no idea that the book I picked up two days ago was Historical Fiction.

Thankfully, my unfamiliarity with the Tudors didn't mar my enjoyment of the book. In fact, now I want to read up on history, just so I could read more of this. Anyway, The Red Queen's Daughter. It's a re-imagining of Mary Seymour's life---assuming that she lived past two as some historian's claim. This re-telling places her in Elizabeth I's court, as an undercover white magician, pretending to be a Lady-in-Waiting. Due to her pitiful background, as well as her observations from early on, she believes that love is a bane to a woman. She swears never to fall into the trap that ruined her mother and foster mother's life, as well as a lot of women in the court.

Kinda extreme, but hey, still manageable I think. Of course, life never sails smoothly and for our heroine, trouble comes in the form of her cousin, a charming man who persists in courting her. Oh yeah, aside from her vow, there's a teeny tiny glitch. It's just possible that he's a black mage. Drama yes?

Such an enjoyable read. Poignant, yet restrained. The words flow and it's an easy read, despite the setting and subject matter. And while it ends beautifully already, I wouldn't mind reading a sequel. I hope it's in the works, from the author's blog, it sounds like it's a possibility. Here's to hoping there would be one. *crosses fingers*

I can't believe it. It's finally in my hands. 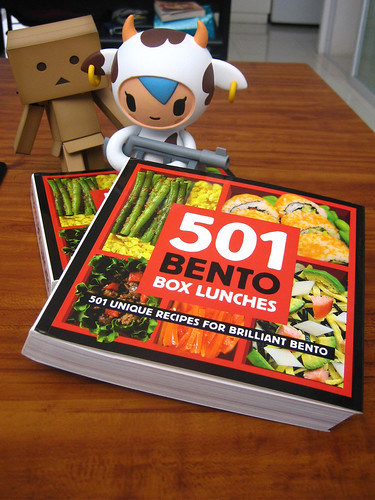 More coherent post on http://www.kitchencow.com. Once I finally get down from this high.

• A stick your head in the freezer meme? Why the numbers 241543903, I have no idea, but it is true. An image search does yield freezer head pics.

• Okay, I'm kinda late with this piece of news but Jose Rizal's childhood home is now GREEN! And what I found even more surprising is that noted Filipino historian, Ambeth Ocampo actually approved the re-painting! 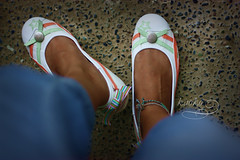 True Love
Originally uploaded by kaoko
I was never the type to fall in love with shoes, clothes, or any other fashion related article. Sure, I love books, movies, fictional character but shoes?

Until I saw the Tokidoki x Onitsuka Tiger Lunetta. Squeeee.

A part of me didn't want to get them because I'd get them dirty so quickly, and they cost so much more than what I'd normally pay for shoes. But I couldn't get them out of my head! Sure sign that I had to have them, yes?

Mercury really must be in retrograde, considering all the technoshit that's happening to me lately. My most recent one was a stupid dbase importation error that screwed up Kitchen Cow. My fault, really but it was an accident. Cost me two posts but that was easily recreated with the use of google caches. But the awful thing was losing all those comments! And to think one of those posts that died was my bento giveaway contest post---the one going 77 comment strong. And those comments were mostly entries to the raffle I'm holding. Gawd. Stupid stupid me.

But at least the site's back up, and it's still early anyway. I'm crossing my fingers that people will want to join again. If they don't, oh well. Nothing I can do about it.

Also on the blog front, my new webhost, Downtownhost, is made of awesome. Customer support with them is great. They helped me fix my issues with Dokidoki Central in 15 minutes or so. So, that means my dollie blog is back up now. I just faked a "Junpei database crash" to explain why there were no posts for 5 months. It's quite hard to pretend all of them just got busy at the same time. Still wondering how I'm going to treat the storylines but hey, I'll get there. Somehow.

And finally, because I like ending posts with pretty pictures, here's Sam in her new wig. Sam, looking so cute like this, reminds me why she's my grail. 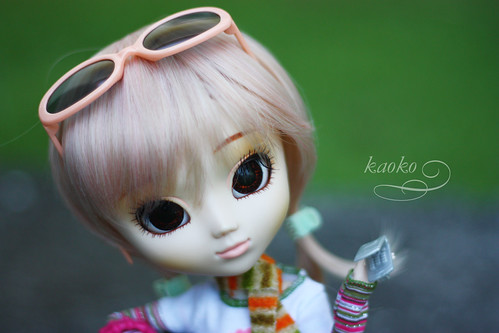 I luff you, Silas. *huggles*
Collapse